It’s now been a month since my Breaking2 experience and I can honestly say not a day has gone by that I haven’t thought about or referenced it. Whether it’s keeping up with the friends I made there via WhatsApp or social media, looking through photos on my phone, or simply needing to channel the energy from those 4 days during the tough parts of recent runs, I think it’s safe to say that the experience has definitely changed me. In the spirit of wrapping up describing my experience, I thought I’d share one last reflection about what has stuck with me the most. These are in no particular order.

One of the things I’ve shared over and over again is how little ego there was with the people I met. I was running with blazing-fast runners from all over the world, but these same speedsters were running with me during the 5K, Breaking2Together and the long runs. It was the first time I was around that many runners and not ONE person asked me what I was training for. The question instead was “How did you get into running?” No one asked me for my times so they could secretly judge me on how fast a runner I was. No one blew by me on a run without taking the time to run with me and get to know me. I can honestly say it was the most free I felt around running, and I actually felt like others saw me as a true runner – not just someone who is trying to fit into the running world. It’s hard to describe, but it’s a very real feeling I have and one I’m holding onto. This photo illustrates for me the community we built. All of these guys BLAZED through the 5K, but stayed and cheered everyone on until every single person had crossed the finish line. I love this image and I can remember being there like it was yesterday.

SOMEONE IS ALWAYS GOING TO BE AT THE END

I remember watching all of the details of the Breaking2 attempt unfold. In the beginning it was Eliud, Zersenay  and Lelisa all running as a pack. Eventually, the trio would start to separate, with Lelisa falling behind first, and eventually Zerseney. And while the historians will remember that Eliud is the one that came within 25 seconds of the goal, I can say I was there to watch Zersenay and Lelisa cross. As I was scrolling through the photos after my trip, this photo of Lelisa really hit me: 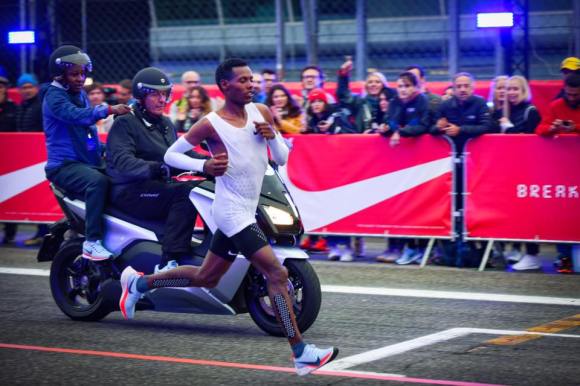 I love so much about this photo and what it represents: that he stuck it out and finished even though he got lapped and was clearly in some pain. He defied those tho questioned whether he would make it or whether he’d give up. He may even have been forgotten by those who shifted all of their focus onto Eliud.  I think I feel like I can relate to Lelisa in this moment – especially when I’m at practice. I know I’m one of the slowest that shows up every week, I know there are others who look at me and wonder why I’m there, or question if I’m fast enough to be on the team. And if I’m being completely honest, I ask myself the same questions some days. The redemption in this photo is the moped support who never left him even when the pacers couldn’t run with him because they were pacing Zersenay and Eliud. As I watched him pass us every lap I kept thinking “At least he’s not alone.” There are moments in practice or on a long run when I feel very alone and therefore self-conscious about how slow I am. But if I’m lucky, I get a word of encouragement from Kyle at practice, a high five from Coach Dan, or I’m able to muster up the mental fortitude to push myself through. Watching Lelisa at Breaking2 reminded me that there’s always going to be someone who’s last, and if it ends up being me at practice, I have to do with Lelisa did: keep pushing and moving forward.

I have been lucky that throughout my athletic endeavors, I’ve had some phenomenal coaches. Through my current job I have seen it all – from subpar to outstanding coaches and it’s clear the difference they make. At Breaking2 I met coaches from run crews around the world and it was clear they took the time to build relationships with the runners in their community. They had a vision for their crew and it was exciting to hear where they wanted to go next. One of the highlights of the trip was getting to meet and spend time with Coach Bennett, the NRC Global Run Coach. 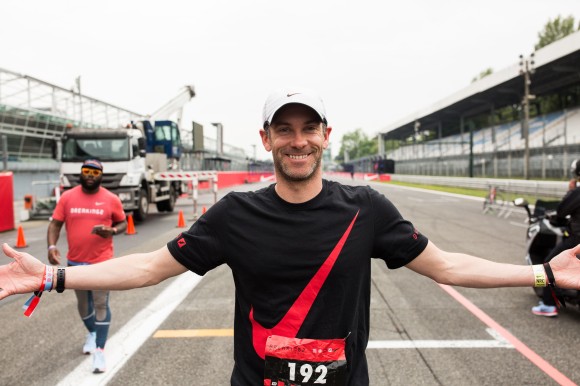 His entire coaching philosophy is his belief in better and the potential he sees in every runner. I’ve been following him on social media for a while, but at Breaking2 I not only got to meet him but also spend a lot of time learning from him. His hunger for improvement – for himself but mainly for others – is contagious. One of the highlights of the whole trip for me was during the last quarter mile of the 5K on the Monza track, he ran me in. He literally ran alongside me and encouraged me to dig deep to push farther. “Think about what Eliud did on this track a few hours ago! This is YOUR Breaking2, Rachel!” I visualized so much during that talk and for the first time I could see myself as a real runner. He ran me to the finish and it was the strongest I felt at the end of a 5K!

The following day, Coach Bennett asked me some questions for an interview for Nike and one of his questions was “What is your Breaking2?” The question caught me off guard – I had never even considered that idea. Coach Bennett was able to break down what the deeper meaning of the question was and after the interview we talked about what it means for me. I told him some of my big goals – goals that I literally haven’t told anyone because I’m usually so self-conscious around other people. I feel like if I tell others my running goals, they’ll immediately judge me for being so slow. But Coach Bennett’s reaction? He smiled, said, “Great! Now that you said them out loud, you’ll reach them.” Just that simple statement made me feel empowered (and motivated) to chase those goals. Thanks Coach Bennett!

One of the things I’m constantly sharing about my trip is the people I met. Everyone was a runner and everyone belonged to a run club or crew. But what blew me away was what some of these run crews were doing. Here are a few samples of some of the groups:

The common themes that stood out to me as I learned about everyone’s run crew were: community, uniting others, bridging gaps, and wanting to be part of something bigger than racing. It was so cool to not only hear about them talk about these things, but to see it in action. There was also no rivalry between crews – I saw a high level of mutual respect. Maybe it was because they are all running for a greater purpose than just getting fast, but I feel like my whole perspective on running has shifted since meeting them.

To say being part of this entire Breaking2 experience was a “once in a lifetime” opportunity is a huge understatement. Life-changing? Absolutely. I would say that the shifts in my thinking about running, the new energy I bring to workouts, the relationships I am building within my running community, and the connections I have around the globe have all contributed to making me not only a better runner, but a better person. So to EVERYONE who was part of this journey with me, THANK YOU, and I can’t wait to do it all over again soon!! 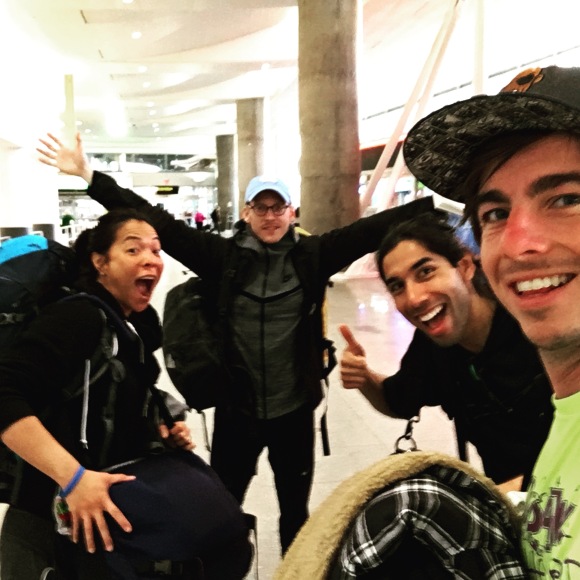 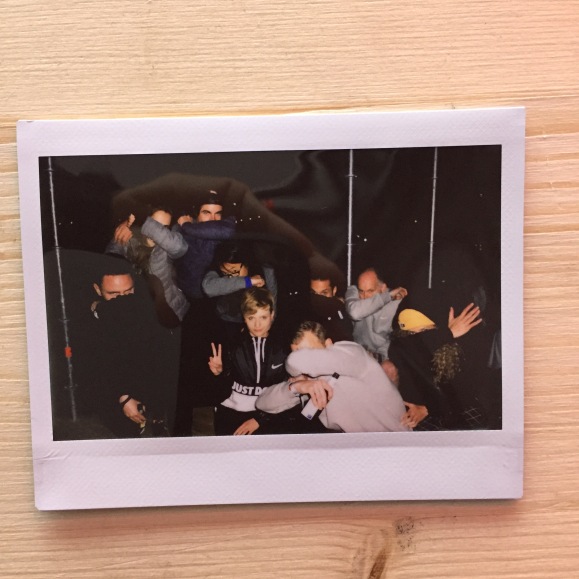 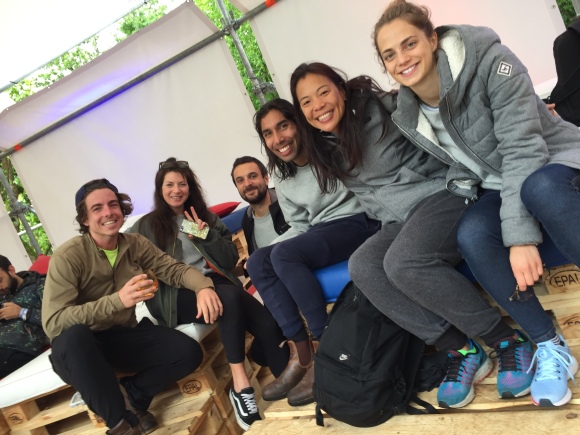