4:30AM Wake-up Call – Leaving for another Jain Complex

July 12 started early as we dragged ourselves out of bed at 4:30am in order to catch a rain from Smarak to Aligarh.  It’s been a while since I’ve done international travel with a large group, and I was reminded of the challenges of maneuvering not only the people, but the luggage as well.  Lots of stairs going up and down is much more overwhelming if someone has a large suitcase.  While I had my pack on, I found myself being hyper aware of the swarms of people around me, fearful that someone would cut open the front or bottom of the pack and take stuff (my Costa Rica friends might recall that incident!) We did make it to the train and it was my first experience on a train in India, and we were in a first-class AC car, which included copies of multiple newspapers and a hot tea service.  When I wasn’t dozing off, I was enjoying the sights of India what I wouldn’t have been able to see if driving by bus.  We arrived in Aligarh (a rural town) around 8:30am and as soon as we stepped into the carpark of the train station, I could sense the difference from Delhi.  Aligarh is a very rural town and as a result the landscape looked different – lots of open fields, mud huts, and small villages – most of which were several miles from each other. This was a very common sight: 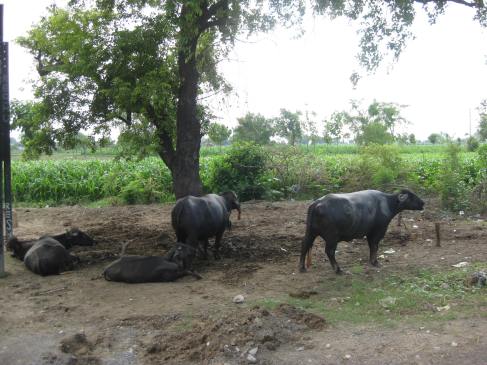 We stayed at a Jain complex called Mangalayatan Teerthdham. We felt a bit like we were in a prison because outside of the temple, the living quarters, and the Jain School for Boys, there wasn’t anything to do. There were regular sightings of monkeys though. Cute to look at, but we kept our distance because they are carriers of so many diseases.

On the complex, there was also a Jain Temple. We got a tour of it, but we were only allowed to take photos in certain areas. Here are a few I got: 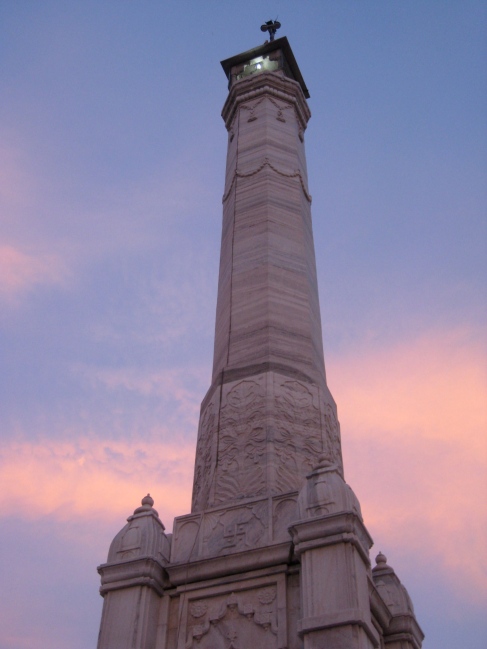 Also on the complex, there was an all-boys Jain School. We had the opportunity to sit in on their evening prayer and dance ritual inside the temple (although no photos were allowed) and one day they took us to their living quarters. These boys were some of the most amazing, well-spoken, intelligent, and genuinely HAPPY kids I’ve met. Spending time with them has been one of the highlights so far. 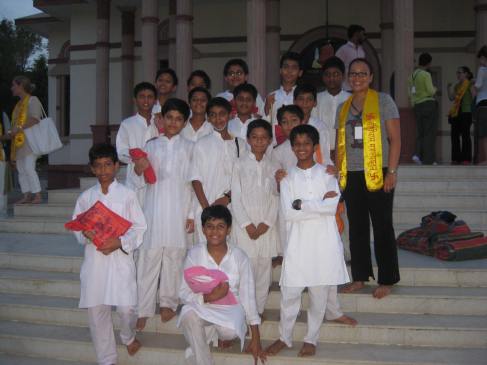 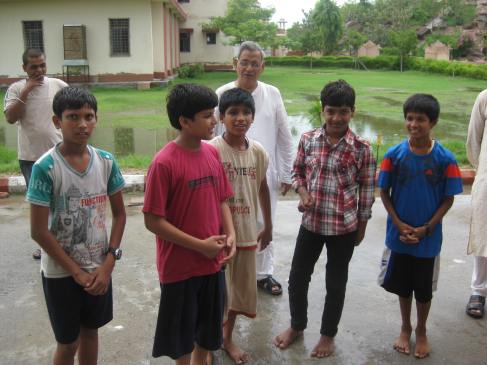 One thought on “4:30AM Wake-up Call – Leaving for another Jain Complex”